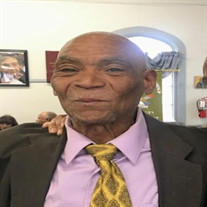 Don’t grieve for me for now I’m free. I’m following the path God laid for me. I took his hand when I heard him call; I turned my back and left it all. I could not stay another day, to laugh, to love, to work or play. Tasks left undone must stay that way; I found that place at the close of day! If my parting has left a void, then fill it with remembered joy. God wanted me now, He set me free! - Anonymous Harvey O. Freeman, Jr. was born December 17, 1953 to the late Harvey O. Freeman, Sr. and Louise Butler Freeman in Richmond, VA. Harvey was the only child born, raised in a loving home by his adoring parents. Harvey was heralded as a very bright and high achieving student in elementary and middle schools in Richmond. Harvey was very proud of his academic achievements in his life. He graduated with honors from John Marshall High School in 1971. He then attended Virginia Commonwealth University where he achieved a Bachelor of Science degree in Biology in 1975. He became a member of the Alpha Phi Alpha fraternity at VCU. Harvey then moved on to work on a degree in Pharmacy at Virginia Commonwealth University. He progressed steadily in his studies and soon became an assistant to a pharmacist in the Richmond, VA area. Harvey had several hobbies, one of which was photography. He pursued this interest and attended the New York School of Photography. Upon completion of his studies, he briefly opened a photography studio in downtown Fayetteville, NC. Harvey maintained his residency in Fayetteville, NC. He worked in Group Homes associated with Butler Memorial. Through the years, he worked as a team member with lawn care and landscaping companies. Harvey worked in this capacity until his most recent illness. Throughout his lifetime Harvey was a very likable and interesting young man. He had a wealth of knowledge to share with anyone that would listen. He would help anyone that asked for his assistance. He had lots of friends and associates. He will be missed by many. Harvey enjoyed an extended family of cousins, aunts and uncles. He really came to life when attending family gatherings such as holidays, weddings, birthdays, etc. Harvey was a fastidious dresser when attending these occasions. Harvey leaves to cherish his memories, two loving uncles, Elder George Sampson Sr. and Rev. Enoch Butler, his cousins, Glenwood Roane, Odis Norris, Jr., George Norris, Kenneth Norris, Annette Norris, Carolyn Lassiter and Glenda Hickman. In addition, Harvey leaves behind a host of relatives and friends, including Ms. Mary Owens, a dear and kind friend.

The family of Mr. Harvey O'Neal Freeman Jr. created this Life Tributes page to make it easy to share your memories.

Don’t grieve for me for now I’m free. I’m following the path...

Send flowers to the Freeman family.