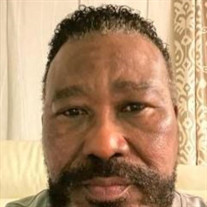 Mr. Ike Singletary Sr. was born January 12, 1960, to the late Avance Singletary and Lizzie Jones Singletary in Lumberton, North Carolina. Ike was the youngest of nine children. He grew up in Hestertown where he attended the Public Schools of... View Obituary & Service Information

The family of Bro. Ike Singletary created this Life Tributes page to make it easy to share your memories.

Send flowers to the Singletary family.