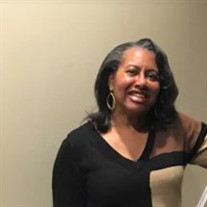 Jacqueline Bowens Obituary Ms. Jacqueline Renee Bowens was born to Mr. Benjamin L. Bowens, Jr and Mrs. Nellie Gilmore Bowens on February 1, 1958. Jackie, as she was most well-known, transitioned to be with the Lord on July 4, 2021 at her home. Jackie was a selflessly, devoted mother, daughter, sister, aunt, niece, and friend. Jackie was a dedicated member of Simon Temple AME Zion Church, where she served in many capacities and supported numerous ministries including The Lay Council, Feeding the Homeless, and Voting Registration Drives. Jackie graduated from Terry Sanford High School, Fayetteville, NC, Class of 1976 and attended North Carolina Central University. She held a myriad of roles and participated in many impactful organizations over the course of her life, including founding the first pre-school for the Blind & Visually Impaired in Fayetteville. Being the consummate caretaker, she also worked as a Certified Nursing Assistant, often utilizing her skills to joyfully care for transitioning beloved elder family members. Jackie’s talent in the kitchen was unmatched, as she adored making scrumptious dishes and baking the most delectable cakes and pies. She was always up for having a “funky good time”, through laughter, jokes, and especially cutting up at family gatherings. She was the first to the dance floor and last to leave. Jackie was preceded in death by her father, mother, a host of her favorite aunts and uncle, and her beloved brother, Mr. Michael Bowens, Sr. Jackie leaves to continue her legacy and zest for life, her son, Jomo Richardson, daughters, Lakila Bowden (Eric Bowden, Son-in-Law) and Kamille Richardson; brothers, Andre Bowens and Patrick Bowens, Sr. (Michelle Bowens, Sister-in-Law); soon-to-arrive grandson, her “Grand Bug”; loving family members including nephews, nieces, and cousins.

Jacqueline Bowens Obituary Ms. Jacqueline Renee Bowens was born to Mr. Benjamin L. Bowens, Jr and Mrs. Nellie Gilmore Bowens on February 1, 1958. Jackie, as she was most well-known, transitioned to be with the Lord on July 4, 2021 at her home.... View Obituary & Service Information

The family of Jacqueline Renee Bowens created this Life Tributes page to make it easy to share your memories.

Send flowers to the Bowens family.