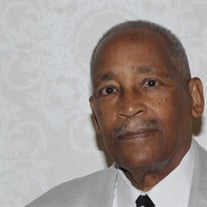 WILLIAM JOSEPH LEON CRISP William Joseph Leon Crisp was born in Raleigh, NC on July 4, 1940. Bill (Billy Joe to his family) grew up primarily in Baltimore, MD and spent most summers in Raleigh and Glen Alpine, NC. Bill entered the United States Anny in 1960 in Baltimore. He served in an Infantry Rifle Company in Korea, the I Corps Ceremonial Honor Guard, Korea and the United States Army Infantry Center Honor Guard, Fort Benning, GA. Bill steadily advanced in rank and progressive assignments, which included instructor duty in a Noncommissioned Officer Academy and as an administrative assistant, Reserve Officer Training Corps, at Pennsylvania State University. He served in Vietnam and was twice awarded the Bronze Star Medal. Additional assignments included postings with the John F. Kennedy Center for Military Assistance (Airborne) Fort Bragg, and almost five years in the Supreme Headquarters, Allied Powers Europe (SHAPE) in Mons, Belgium, where he attended the University of Maryland, European Division. He is a graduate of the United States Army Sergeants Major Academy. Bill served at the highest level in the military with the Organization of the Joint Chiefs of Staff (Plans and Policy) in the Pentagon. Bill retired from active service in the rank of Command Sergeant Major and is the recipient of numerous awards and decorations, which include the Legion of Merit, Defense Meritorious Service Medal, Army Commendation Medals, the Expert Infantry Badge and the Joint Chiefs of Staff Identification Badge, to name but a few. Upon retirement from the armed services, Bill spent twenty years in the Automotive industry as an Inventory and lot manager. He was well respected and trained numerous people who went on to have successful careers in the field. Throughout his life, Bill has spoken extensively throughout Europe and the United States and has extensive experience speaking in churches and to civic groups. While in Germany, he spoke frequently during Black ' History Months and one of his speeches was broadcast by Armed Forces Radio Network to service members throughout all Of Europe and the Mediterranean. He is very proud to have delivered the Baccalaureate Address to his twins' graduating class in 1985 at the American High School in Mannheim, Germany. Bill was a member of the Prince Hall masonic fraternity. Bill achieved the rank Of Sovereign Grand Inspector General. While in Belgium, he worked tirelessly to financially support a home and school for the blind and was instrumental in purchasing a "seeing-eye dog" that enabled a disabled person to become gainfully employed. He has received numerous awards and citations for community service and is a recipient of the Governor's Citation for community involvement from the Governor of Maryland. There exists a Lodge in the Caribbean that bears his name. Bill was elected to his first term on the Fayetteville City Council as District 6 representative on November 6, 2007. He served consecutive terms. Upon his retirement from the City Council, he was awarded the Order of the Long Leaf Pine, the highest civilian honor in the state of North Carolina. Bill worked tirelessly to have a senior center built in Western Fayetteville. It is scheduled to be completed by Apri1,2022 and it will bear his name. Bill is survived by his childhood sweetheart, and wife of 61 years, Joan Sevilla (Boyd) Crisp, two sons, William L. Crisp and Winston B. Crisp, two daughters, Sylvia D. Crisp-Williams, and Sonja E. Crisp- Chaplin, two sons-in-law, Steven K. Chaplin and Willie C. Williams, Jr. In addition, Bill leaves behind numerous “adopted” sons, daughters, and grandchildren, many of whom called him “Dad”, and a host of friends scattered all over the World. His capacity to love was bottomless and he was always ready to welcome one more person into the Crisp family. Lieu of flowers please consider a charitable donation to The Children's Coat Drive care of Cumberland county Citizens United. Address 3804 Sun Chase Dr. Fayetteville 28306

Send flowers to the Crisp family.