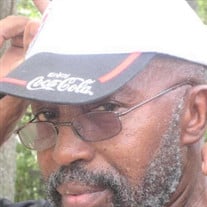 Gilbert Levern Vereen was born to the late James and Mary Catherine Vereen, a carpenter and a maid, in Mullins, SC on June 5, 1944. He was immersed in a Christian household that would be his lifelong support from an early age. He graduated from Hayswood High School in 1963. He then served honorably in the US Army—the Vietnam War—from 1967 to 1969 as a Dental Technician. Afterward, he enrolled and graduated from the University of North Carolina at Pembroke in 1973 with a bachelor’s degree in sociology. Following which, he graduated from East Carolina University in 1981 with a master’s degree in counseling. As an ardent social worker employed by the Robeson County Department of Social Services for 25 years, he received numerous awards for stellar community service. He was also a National Guardsman for 20 years. Lastly, he taught sociology at Robeson Community College, Bladen Community College, and Fayetteville Technical Community College, off and on, for nearly three decades. Gilbert was blessed with a loving and devoted family, both immediate and extended. He met his church sweetheart Marie Singletary in 1969, they married in August 1979. With his wife by his side, Gilbert helped raise his three children with patience, discipline, humility, and love. He taught them to read and write; to always say “thank you;” and to dream of possibilities. To foster his children’s dreams, he took them on family vacations every year to see the natural beauty of every state in the USA. In addition to being a fervent social worker and an astute sociology instructor, Gilbert was a mentor and volunteer who serviced his community by working with autistic adults for ten years. He was an avid sports fan, even having coached recreational league basketball for ten years during the 1980s. He attended games regularly—basketball, football, baseball—both in Robeson County and throughout the state of North Carolina, and he was a three-time finalist in the North Carolina Senior Olympics Track & Field events for four consecutive years. Gilbert was kind, articulate, and always had time to answer a question or solve a problem—no matter how big, or small. His acts of daily service were as warm as his infectious smile and are a testament to the kind of man he was—a good man, who will be dearly missed by his loved ones. Gilbert is preceded in death by his son Andre L. Vereen. He leaves to cherish his sweet memories his wife, Marie Vereen, Lumberton, NC, daughter, Beverly L. Vereen, Arlington, VA, son, Cory L. Vereen, Raleigh, NC, grandson, Brandon Vereen Poole, Raleigh, NC, granddaughter Aniyah Vereen, Raeford, NC, brother Jimmy Vereen (Betty Vereen), Bladenboro, NC, nephew, Antonio Hammonds (Ann Hammonds) Fayetteville, NC, his best friend Clinton (Nikki) Evans, Lumberton, NC, a host of nieces, nephews, cousins, aunts, uncles, in-laws, and friends who thought the world of him. Professional Services entrusted to - Colvin Funeral Home, Lumberton, NC.

Gilbert Levern Vereen was born to the late James and Mary Catherine Vereen, a carpenter and a maid, in Mullins, SC on June 5, 1944. He was immersed in a Christian household that would be his lifelong support from an early age. He graduated from... View Obituary & Service Information

The family of Mr. Gilbert Vereen created this Life Tributes page to make it easy to share your memories.

Gilbert Levern Vereen was born to the late James and Mary Catherine...

Send flowers to the Vereen family.