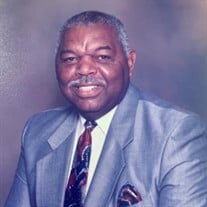 William James Carver Jr., affectionately known to most as “Coach Carver”, was born on January 11th, 1940 and was the second of three siblings. His passion for athletics, and love for people, were no surprise. His father, William Carver Sr., excelled as a student athlete in multiple sports during his time at E.E. Smith High School and his mother, Mattie Carver, was outgoing, affectionate, and never met a stranger. William was a native of Fayetteville, NC and grew up near Murchison Road. He attended E.E. Smith High School (class of 1958) and excelled as a three-sport student athlete in football, basketball and baseball. His scholastic and athletic achievements earned him an opportunity to further his education at Hampton University (formerly Hampton Institute). He attended Hampton on an athletic scholarship and played both baseball and football during his time there before graduating in 1962. William’s love for his hometown, and more importantly his love for his sweetheart, Ms. Inez C. McEachern, drew him back to North Carolina after graduation. They were soon married and eventually had a son, William James Carver III. William’s passion for athletics never wavered and he often noted that sports opened many doors for him that otherwise would not have been available. One year after working at Pinckney High School in Moore County, William accepted his dream job offer to teach and coach at his high school alma mater, E.E. Smith Senior High School and he never looked back. Over the next eighteen years, he blazed a trail of helping students and athletes reach their full potential. William taught biology and physical education while also coaching football, basketball, baseball, and track. He took pride in the success of his teams on the field, but was even more proud of the character created, and the values instilled, in the lives of all the young men and women he coached. William’s next years of his career would lead him into the field of school administration. He spent another ten years at E.E. Smith, serving as both Athletic Director and Assistant Principal. He then transitioned to work as the Director of Student Activities for Cumberland County Schools from 1991 to 1999. His prior coaching days prepared him for his new role as an administrator. He was passionate about working with coaches to help their athletic programs excel. William’s commitment and success as an administrator was quickly recognized throughout the state of North Carolina. He achieved numerous awards during his career which included the Region 4 Athletic Director of the Year (1994), the North Carolina High School Athletic Association (NCHSAA) Distinguished Service Award (1995), the NCHSAA State Award of Merit (1996), the North Carolina Athletic Director of the Year (1997), and the National Interscholastic Athletic Administrators Association (NIAAA) Distinguished Service Award (1999). William retired from Cumberland County Schools in 1999 and accepted the role of Athletic Director for Fayetteville State University in 2000. In just a four year span, his teams won a combined total of twelve championship events. He was awarded Athletic Director of the Year in 2002 and 2003. In his “spare time” William served as a Central Intercollegiate Athletic Association (CIAA) official and enjoyed spending Saturdays working with and observing CIAA officiating crews for over twenty years. He was inducted into the NCHSAA Hall of Fame, the NCHSAA Athletic Directors Hall of Fame, and the CIAA Officials Hall of Fame for his excellence in service and commitment. It was through athletics that Coach Carver was able to build a career, a life, and ultimately an unwavering legacy. His work and his life left a lasting impact on scores of student athletes, families, coaches, administrators, and his community. William’s passion for athletics was second only to his commitment to family and his community. “Momma and Daddy’s House” was just around the corner and you could often find him there, enjoying the company and support of his family while caring for his parents until their death. He was close with his siblings and cared for and spoke with them often. William and his wife, Inez, were proud parents of their son, Bill, who, like his father, also excelled in academics and athletics. They enjoyed a life of over forty-two years together until her death in 2005. He was the proud father of his daughter-in-law, Paula, and loving “Pop Pop”, to his two granddaughters, Ashlea and Christian. William was also extremely proud to be an active member of his local church, Evans Metropolitan AMEZ church, where he served in a variety of capacities for decades. He also was an active member of his local chapter of Omega Psi Phi Fraternity, Inc. In all his success as a coach, administrator, husband, and father, William was never ashamed to give God the credit for his achievements. He prayed often about life decisions and encouraged others to do so as well. One of his favorite songs to sing was, “If It Had Not Been for The Lord on My Side”. Even during times of challenge, he never stopped thanking and praising God for the life he was blessed to live. Well Done Coach – You’ve Crossed the Heavenly Goal Line and You’ve Won Your Final Championship Game – Enjoy Your Reward! William leaves to cherish his memory, his son William James Carver III (Paula) of Fayetteville, NC; two grandchildren Ashlea Carver Adams (Chavez) of Holly Springs, NC, and Christian Carver of Fayetteville, NC; his two sisters Carrie Bradley of Fayetteville, NC and Patricia Pratt of Fayetteville, NC and one brother Franklin Carver (Agnes) of Clemmons, NC. He is loved by a host of relatives, nieces and nephews. He leaves behind a network of coaches, players, and friends and will be greatly missed by us all.

William James Carver Jr., affectionately known to most as &#8220;Coach Carver&#8221;, was born on January 11th, 1940 and was the second of three siblings. His passion for athletics, and love for people, were no surprise. His father, William... View Obituary & Service Information

The family of Mr. William James Carver Jr. created this Life Tributes page to make it easy to share your memories.

William James Carver Jr., affectionately known to most as “Coach...

Send flowers to the Carver family.